Fast, cheap, and out of control: How the Internet has made journalism better than it's ever been (David Plotz) 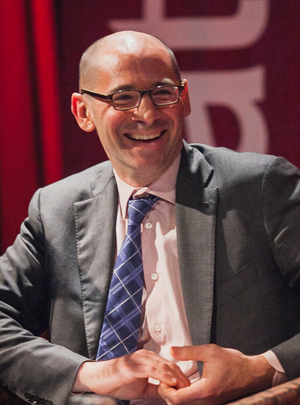 News magazines are dead, daily newspapers are dying, and most veteran journalists spend their days hoping to be bought up by an internet billionaire or offered a job at a foundation. Investigative journalism has weakened, local journalism has lost its edge, and the hot Internet outlets are either stealing everyone else's work, or cobbling together random GIFs and listicles. And social media, don't get me started. It looks bad, doesn't it?

In fact, the state of journalism has never been better. Big data has enabled remarkable investigations and visualizations. Low barriers to entry have opened journalism to all kinds of eccentrics and obsessives who never could have contributed a generation ago. Social media has created a virtuous cycle, spreading the best journalism fastest and quickly correcting mistakes. If you care about citizens knowing more, knowing it faster, and knowing it more accurately, then this is the golden age of journalism.

David Plotz is the Editor in Chief of Slate and one of the hosts of the Slate Political Gabfest. Before taking over the magazine in 2008, Plotz was Slate’s deputy editor, Washington editor, and political correspondent. While he has been editor, Slate has won two National Magazine Awards (one for General Excellence) and been nominated for 12 National Magazine Awards. Plotz worked as senior editor and staff writer for the Washington City Paper, and has written for the New York Times Magazine, Harper's, Rolling Stone, GQ, the New Republic, and the Washington Post, among other publications. He is the author of The Genius Factory: The Curious History of the Nobel Prize Sperm Bank and, most recently, Good Book: The Bizarre, Hilarious, Disturbing, Marvelous, and Inspiring Things I Learned When I Read Every Single Word of the Bible, based on his "Blogging the Bible" series for Slate.

Congress 2016 will take a village: University of Calgary put its hosting skills on display and welcomed team from Ottawa for three days of planning meetings