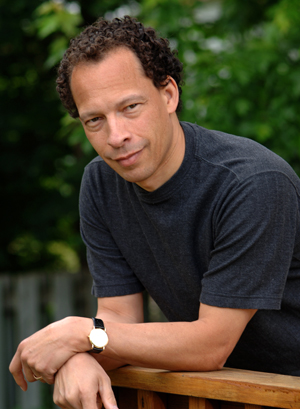 Is blood toxic or sacred? Does it divide or unite us? How do our ideas about blood, some thousands of years old, continue to influence the way we see each other and ourselves in the Year 2014? In this Big Thinking lecture, Lawrence Hill will speak about the process of considering, researching and writing his 2013 Massey Lectures and book entitled Blood: The Stuff of Life.

Lawrence Hill is the author of nine books, including The Book of Negroes, winner of various awards including The Commonwealth Writers’ Prize and Canada Reads. He travelled across Canada in the fall of 2013 to deliver the 2013 Massey Lectures, based on his new non-fiction book Blood: The Stuff of Life. He is finishing a new novel and has co-written the adaptation for a television miniseries of The Book of Negroes , which is slated to air in 2015 on CBC in Canada and on BET in the USA. He volunteers with Crossroads International and Book Clubs for Inmates, and lives in Hamilton, Ontario, Canada. Visit him at: www.lawrencehill.com.

Crossing over silos in genomics research

The curious story of Research Matters